Folks, ever since Gregor returned from his weekend back in Prague, I’m constantly hearing about one specific topic. Coffee. This weird, black drink that you humans love to drink at all times and pretty much everywhere. I don’t know what is so special about this stuff – my gourmet-snout isn’t having it. But, I have eavesdropped on mister Interior Designer and caught some interesting conversations. And those I’d like to share with you. 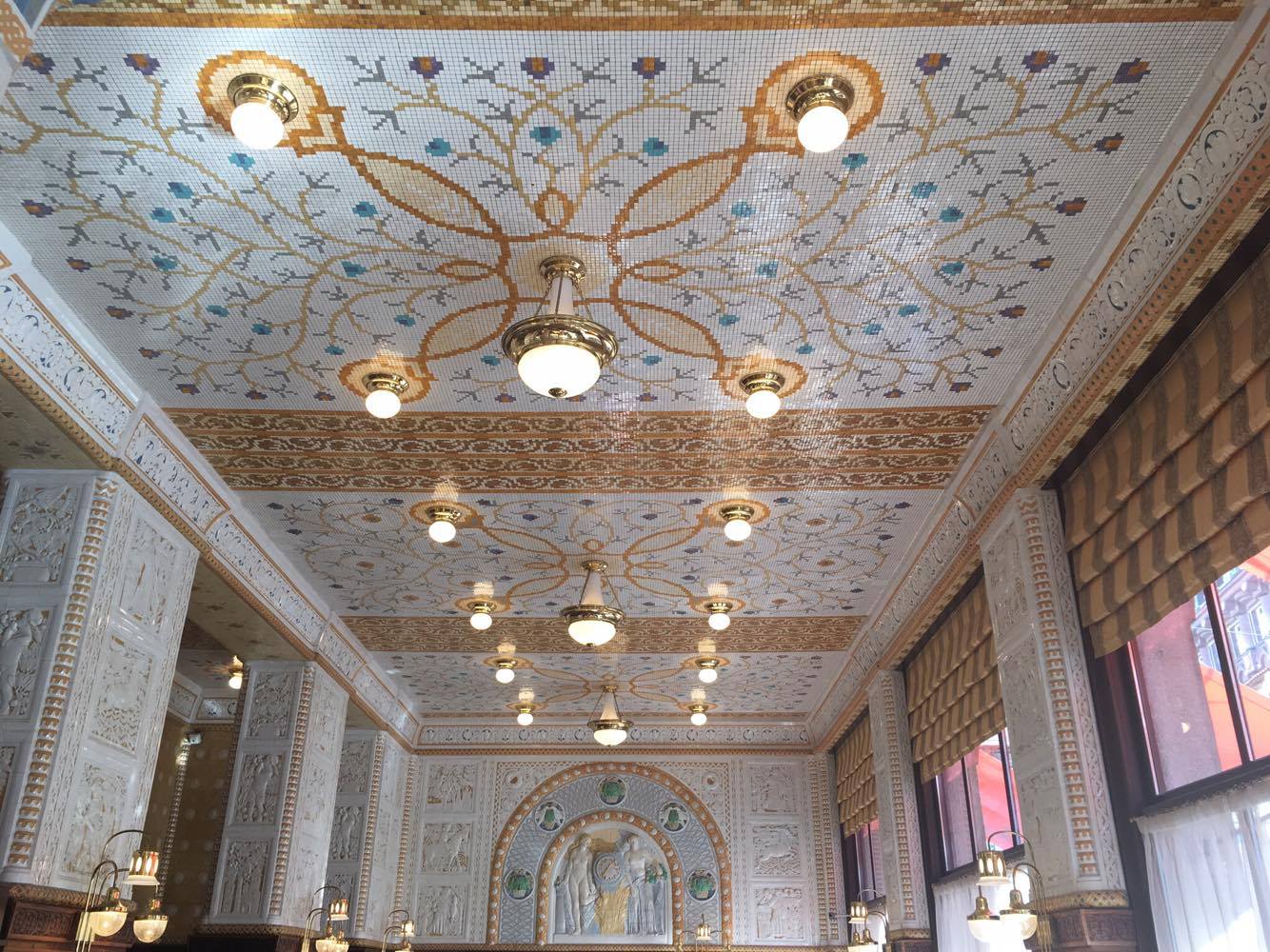 Prague is just the perfect city for all the coffee lovers

So, you really have to explain it to me, you guys. What the hell is so special about this black liquid that you spill down your throat at any given chance? I really don’t understand. Every morning I am watching my partner how he pours this powder into his espresso pot and then watches how his coffee is brewed at snail’s pace. Almost looks like he is undergoing a mystic ritual. And if he isn’t making it himself in the morning, he meets uncle Aleks in one of the cafés in our Donaukiez and lets somebody else do the magic. Just like today.

The two are talking about Gregor’s vacation to Prague, where I wasn’t allowed to come with, AGAIN! Every time there is something exciting happening in his life, I am just deported to my mom and my half-sister – it sucks! I am already old enough to take care of myself and I don’t need a dog-sitter any longer! Did you get that, mister Oberl Hipster? But I’m drifting away again. Moving on. Gregor is telling uncle about this coffee culture in Prague that is supposed to be ‘total geil’. Both are discussing what’s the specialty about Prague and where the difference lays to the coffee culture in Berlin. There has to be good coffee in this great city that can keep up with the one in the Czech capitol. But for Monsieur it’s not about the coffee beans or coffee roasters Berlin has to offer – it’s the difference in the appreciation of the coffee culture in Prague.

Our storyteller reports about the history of the coffee culture in Prague that has started off already towards the end of the 19th Century. They weren’t simple cafés like we know them, but more cultural and societal centers that attracted all kinds of creative people and artists – to exchange their ideas and inspire each other. Whereas the West of Europe gathered in Paris, the smartest brains of those times followed the call to the East – to Vienna, Budapest or Prague. Especially one of those brainiacs seemed to have an obsession with coffee that he even changed his name because of that black stuff. But guess he wasn’t really the best if it comes to writing or spelling. Coffee in Czech is called ‘Káva’, not Kafka. What an amateur…

Such a boring story. I am lying down on the ground and watch some pedestrians walk past me, while Gregor continues to talk about this coffee cult in Prague. Man, I would rather be in Hasenheide now. He talks about the different Interior Designs of the cafés: About the furniture, lamps and windows in the typical French style at the Café Amandine or the Café Savoy with its chandeliers, the imperialistic ambience and the mosaic pattern which adorns the ceiling of this impressive building. He also mentions the nature-white and yellow tiles and the golden pomposity at the Café Imperial. That seems to be his favorite café from what I’m getting. He can’t stop to talk about all of the ornaments and drawings on the pillars. Those animal motives really got to him – especially those golden swans that spout out water in the bathrooms. And yet again I am noticing that I am left out when all the fun seems to be happening.

While I am continuing to lay on my back and waste the best minutes of my doggy life, uncle Aleks asks our Interior Designer what the biggest difference between the cafés in Berlin to the ones in Prague is. Gregor leans back and indulges in his memory. He moans about the lack of service and the grumpy atmosphere in a lot of those Berlin-New-Wave-Hipster cafés and talks about the manner how the people in Prague gather to meet in those coffee houses. He was immediately taken back to that creative spirit of the past and could have spent countless hours in those cafés. Because people weren’t only coming to those cafés to have a simple coffee – that’s what a famous writer once said and our famous Interior Designer as well.

While they slurp their black liquid, both are talking about what kind of great sources of inspirations this coffee culture from Prague is to them. Including the pompous architecture. Looks like a piece of Prague might grace the streets of Berlin one day. Gregor caresses intensively through his face-fur – usually an indicator that his is lost somewhere deep in his mind and that he is already thinking about the next great idea. I am curious what the mastermind of Otto von Berlin is up to next. But for now I will only bark at him – I want to go to Hasenheide, pronto!

So then till the next time.